A Step Towards NATO
Planned integration

Education and Training
Universal and accessible

Total Resistance
Each Ukrainian is a part of it 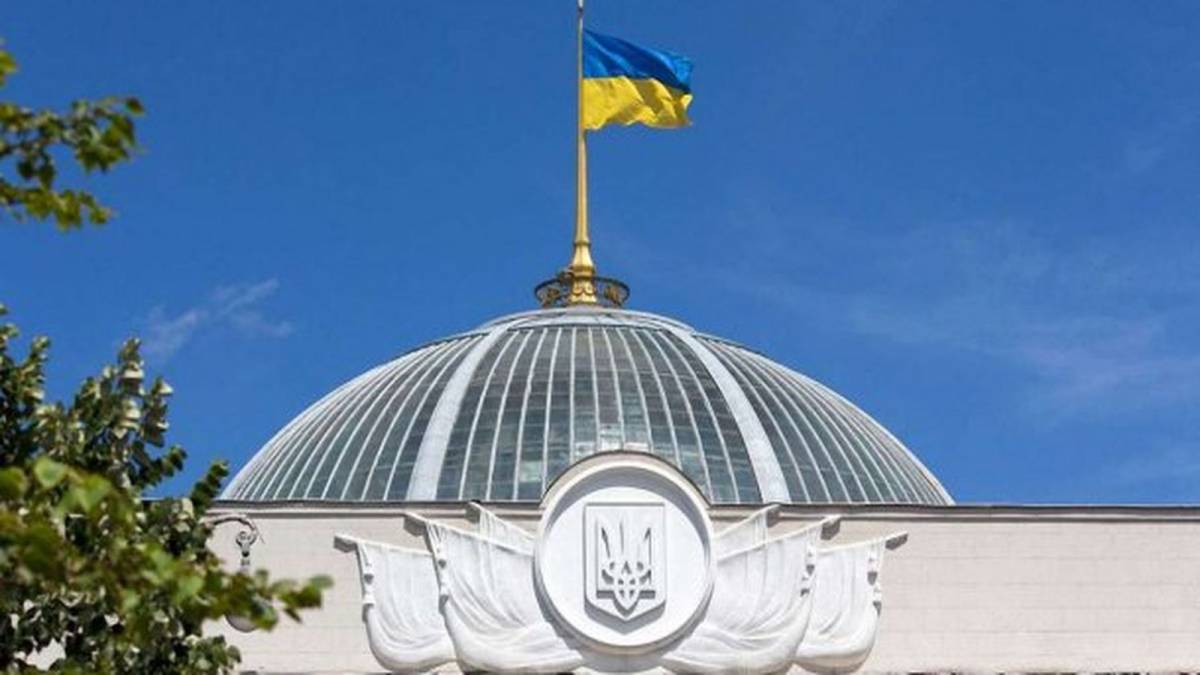 Results of work of the military and experts.

Colossal reinforcement to the Armed Forces of Ukraine.

Introduction of combined arms training for citizens of Ukraine.

Constant protection of Ukrainians in every oblast and region.

Ukrainians are under protection of the skilled and patriotic.

Another step on the way towards NATO.

Effective and operational mechanisms of out-balancing the aggressor – the Russian Federation.

Status of the Bills

The President signed the Laws

The President signed Laws on the foundations of national resistance and increasing the number of the Armed Forces of Ukraine.

The Verkhovna Rada adopted in the second reading and in general the draft laws №5557 “On the Fundamentals of National Resistance” and №5558 on increasing the number of the Armed Forces of Ukraine.

The Verkhovna Rada Committee on National Security, Defense and Intelligence recommended that the parliament adopt in the second reading the presidential bill №5557 on the basis of national resistance.

The bill passed the first reading

The deputies of the Verkhovna Rada by their majority supported the bill №5557 in the first reading.

Approved by the National Security Committee

The Committee on National Security, Defense and Intelligence recommends to Verkhovna Rada to adopt Bill in the second reading and in general.

Provided for public familiarization and discussions.

The Bills have been submitted

What is national resistance?

National resistance – component of universal defence of Ukraine that includes a complex of measures organized and carried out in peace time and during special period in Ukraine with the aim to reach maximum width of Ukrainian citizens involvement in actions on provision of military security, sovereignty and territorial integrity of the State, deterrence and repulsion of aggression and infliction of unacceptable damage on the enemy that will make it stop the aggression against Ukraine (Article 1 of the Bill “On basis of national resistance”).

In other words, national resistance is involvement of the whole population to counteraction against aggressor, and preparation of Ukrainian citizens for such counteraction. The national resistance is carried out on the whole territory of Ukraine – the population has the opportunity to get involved in the territorial defence organized in all oblasts, districts for protection of the State territory. In case of occupation, or seizure of a part of territory by the aggressor (adversary), the resistance movement is organized on such territories with involvement of the widest possible range of population to force the aggressor to abandon its plans. These two elements – territorial defence and resistance movement are components of the national resistance.

What are the main problems that previously existed are resolved by the Bill?

The approach to the protection of Ukraine is changed by shifting to universal defence, which was provided for in the strategy of military security approved at the end of March 2021. The Bill “On basis of national resistance” complies with this concept of universal defence, because it covers all territory and provides for involvement of all population of Ukraine.

Organization and execution of territorial defence and resistance movement requires wide involvement of Ukrainian citizens to protection of their State. That is why new respective notion has been introduced.

The mentioned issues are regulated by the Bill “On basis of national resistance”.

How passing of this law will influence an ordinary citizen without military experience and
people with it: veterans/reservists?

The citizens of Ukraine who have military experience, fought against Russian aggressor gain opportunity to become reservists and get attached to the military units and territorial defence units in the region of their residence. Literarily they will have a chance to defend their own land. Their experience is of utmost importance and can be used for protection of Ukraine.

What does the notion “preparation of the citizens of Ukraine for the resistance”
encompass?

Preparation of the citizens of Ukraine for the resistance – is a complex of measures that are carried out by state authority bodies and self-government bodies with the aim of fostering patriotic consciousness and persisting motivation, providing with knowledge and expertise necessary for the defence of Ukraine.

Combined arms training organized according to territorial-zonal principle is the basis of preparation of citizens of Ukraine for national resistance. It lays in mastering basic combined arms practical skills and abilities. The training is subdivided into initial and basic training. Initial training is organized by a central body of executive power that ensures formation and implementation of state policy in the sphere of education and science together with the Ministry of Defence of Ukraine. The training is waged at general secondary education establishments.

Basic training is organized by the Ministry of Defence of Ukraine in cooperation with other interested central bodies of executive power in the form of periodic training meetings, instructions and courses. The training is waged with citizens of Ukraine who reached 18 years of age and don’t serve in the Armed Forces of Ukraine, other military formations raised in compliance with the Laws of Ukraine, or law enforcement bodies.

I want to take part of national resistance. What will be my duties and what kind of state
protection will I get?

Participant of resistance movement will mainly act clandestinely, because he/she is being prepared for actions on the territory occupied or captured by the adversary. He/she has to execute the following tasks:
– Formation of resistance movement cells and gaining of respective capabilities by them;
– Preventing aggressor (adversary) troops (forces) actions;
– Participation in special (reconnaissance, information-psychological, etc.) operations.

How this Bill will strengthen the Armed Forces of Ukraine?

The strength of the Armed Forces of Ukraine tasked to defend territorial integrity of Ukraine is limited. No country in the world has financial-economic capability to sustain regular military units and subunits in each of its regions. However, the State has to be ready for rapid repulsing of aggression from any direction. This may be ensured by the territorial defence organized in each oblast and district. But members of territorial defence will not be active duty military, but will be involved to perform particular tasks placed on the Armed Forces of Ukraine, first of all – protection of territory from the occupant in case of need in any region of Ukraine.

How this Bill will influence particular oblasts and particular communities?

A territorial defence brigade and a staff of territorial defence zone will be created in each oblast. The head of oblast’s state administration will be a leader of a zone, a brigade commander will be a chief of staff. Besides that, representatives of other security forces and defence forces present in the region and also other necessary civil structures will work at the staff. Such composition allows to unite military, law enforcement, emergency responders, and civilians in a single structure for execution of a range of tasks important for oblasts. For example, protection of infrastructure objects important for local inhabitants or emergency situation relief.

The Bill influence those communities where volunteer detachments of territorial defence will be created. In such communities there will be an opportunity to get involved in territorial defence and the respective unit will also execute tasks in the interests of the community. Because defence of an important object, for example, of local central heating and power plant that provides its uninterrupted functioning influences life of the community.

What is resistance movement and what tasks it will execute?

National resistance is an integral part of the defence of Ukraine that is a system of military, information and special measures, organization, planning and preparation of which is done with the aim of restoring the sovereignty and territorial integrity when repulsing armed aggression against Ukraine.

How will this Bill contribute to the Euro-Atlantic integration of Ukraine?

The Bill “On the basis of National Resistance” practically implements the concept of universal defence that is used in NATO member-states. In such a way, at the expense of the above mentioned change in approach to the defence, Ukraine aligns it in with existing practices in the Alliance.

The Bill was prepared based on the lessons-learnt of the NATO member-states on the universal defence, in particular of territorial defence and preparation of the population for the defence of their country.

On what basis will these structures be created/developed?

Territorial defence brigades and battalions for the execution of their tasks will use the infrastructure of the Armed Forces of Ukraine. They may also use oblast, district or territorial community infrastructures.

Headquarters of the zones (regions) of territorial defence are created and developed on the basis of oblast (district) state administrations.

Territorial defence volunteer formations are created and developed on the basis of the respective territorial community.

In what way will the Bill enhance defensive capability of Ukraine amid the ongoing
war and temporary occupation of territories?

The very definition of national resistance discloses the conceptual approach to the universal defence of the State and covers the whole territory of Ukraine with activities aimed at its protection. Territorial defence is conducted across the whole territory of Ukraine where combat actions are not waged, and resistance movement is conducted on the temporarily occupied territories of Ukraine or on the territory of Ukraine that had been seized by the aggressor (adversary) during armed aggression against Ukraine. This significantly enhances defensive capabilities of our country as potential aggressor will know that in every oblast, in every district here are well-organized units that are capable to fend off him, even if he had managed to capture parts of the Ukrainian territories.

If some part of the territory has been occupied by the adversary, resistance movement will be organized there. Members of the resistance movement obtain complete social and legal protection that is a powerful motivational incentive to engage population to countering aggressive actions of the occupant.

There is no doubt that this approach will influence aggressive actions of the Russian Federation as it will be forced to take into account both presence of territorial defence when planning future offensives and presence of resistance movement on the temporarily occupied territories of the Occupied Autonomous Republic of Crimea, the City of Sevastopol, Donetsk and Luhansk oblasts.

Read the Bills yourself or at least study the brief descriptions.

Share your opinion regarding this information with your friends and family members.

Address the people’s deputy you have voted for.